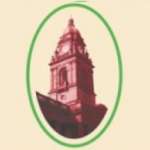 We have done research for the Morley Branch of the British Legion to help organise Commemorations on the Centenary of the death of men who died while in service during the Great War and who are buried in local cemeteries. Since the end of January, the following Commemorations have been held : 30-January-2016: Pte Maurice Fowler 4-February-201: Pte Willie Lupton 12-February-2016: … END_OF_DOCUMENT_TOKEN_TO_BE_REPLACED